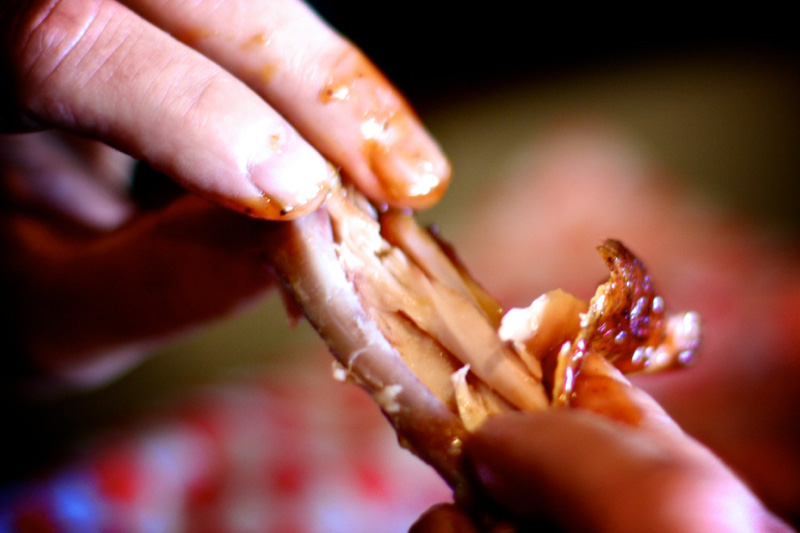 I have to be careful with this one… it’s about a new BBQ place in town. For some wonderful reason, BBQ is among the hottest and most controversial debates and sources of local pride in the United States. Who do you think has the best BBQ in the states?  A paradoxical question for sure. It’s like putting a Packer’s fan, Cowboy’s fan and a Raiders fan all in the same room and telling them that they had to unanimously agree upon who the best NFL team was. Good luck. The best route is to narrow down what kind of BBQ you like… Sweet? Smoky? Hot? Fortunately, R&R Barbeque has it all. 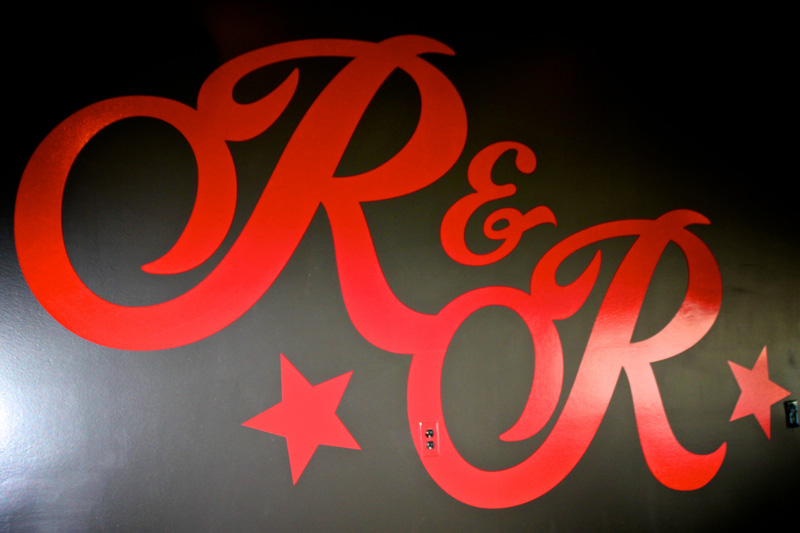 Opening just a month ago, R&R has set out to be the premier BBQ spot in Salt Lake City and owners & twins Roger & Rod Livingston are off to an impressive start. Growing up as competitive surfers in California, they developed a taste for BBQ and eventually were talked into entering a competition. Having experienced success in this circuit, placing among the top teams in the Jack Daniels World Championships, that’s the super bowl of BBQ competitions, folks, they thought it was finally time to open a place of their own. The atmosphere is no-nonsense and usually busy at lunchtime. Their general manager, James Parr, seated us – this guy got his first smoker when he was only 7! 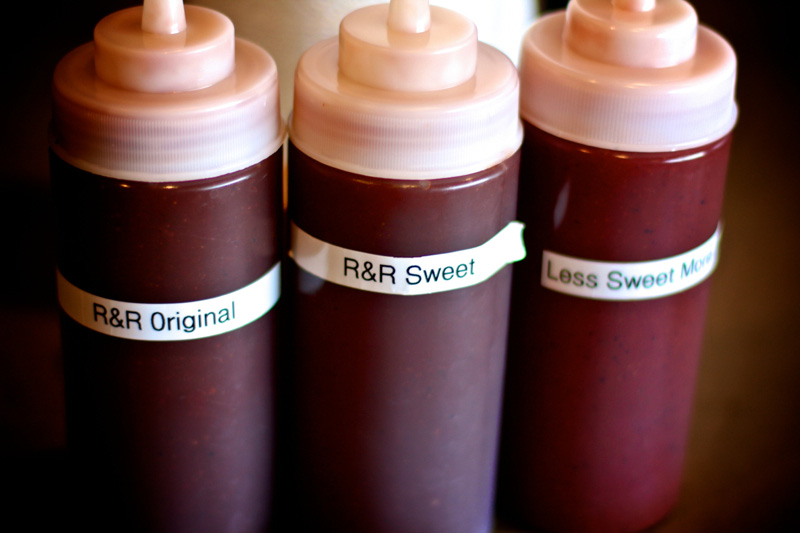 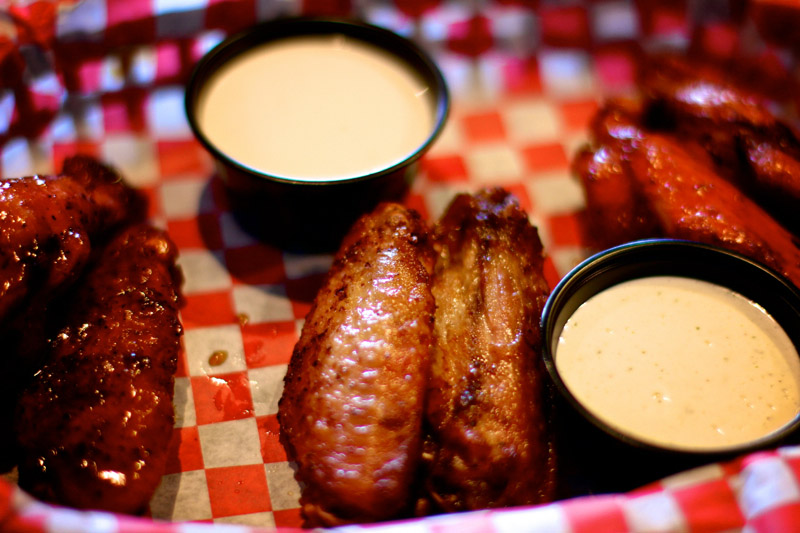 We tried a little of everything. First, the wings – the buffalo wings, the “naked” wings and my favorite, the sweet wings. They didn’t skimp in taste or on the meat, plenty of both. Next, the ribs, pulled pork and the brisket – Again, all three of these classics stood out as they were carefully & impeccably prepared. It’s obvious that R&R is more about the quality and excellence of the meat rather than hiding it underneath a bunch of fancy sauces. They like to keep things simple here – there aren’t 189 different BBQ sauces to try, there are 3 – Original, Sweet & Hot. I stuck with the Original – this recipe took 4 years to master but was worth every second, sweet with a touch of heat. The sides measured up too – Mac & cheese, hush puppies, and BBQ beans – all made in-house. 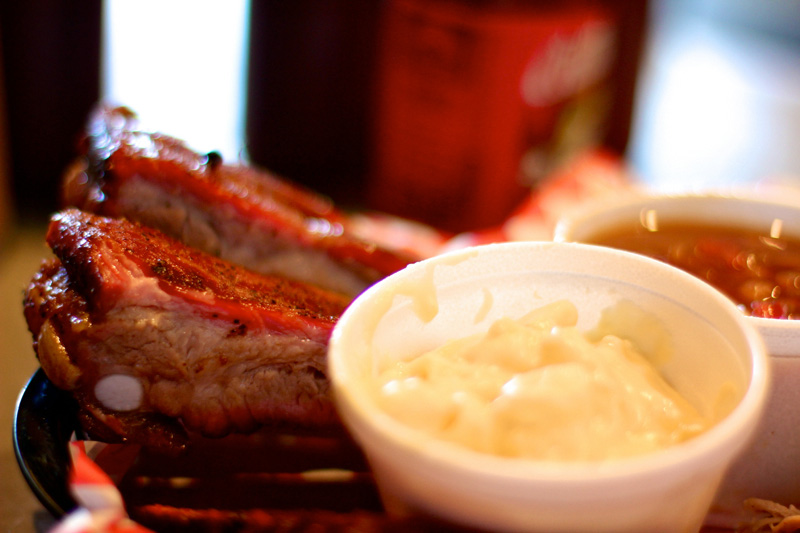 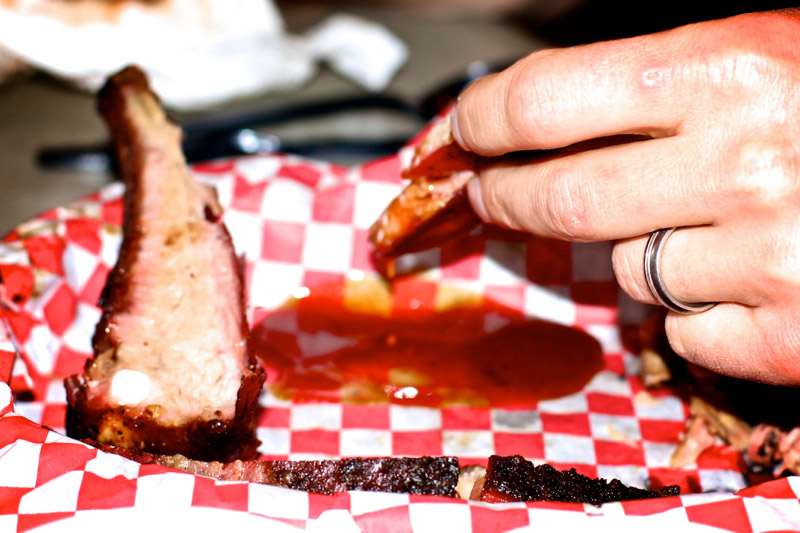 When asked about their method, the answer was simple – “We want to put out the best meat we can, nothing goes out that hasn’t met our standards.” I asked for a closer peak at the smoker and they happily obliged… actually, you can’t miss it – it dominates their open kitchen. This thing is packed with cherry wood and oak and set to a temperature of 210°. They put in the “long meats” in the early evening and arrive the next morning at 6:00am to check every piece until they’re just right.

Now it’s your turn. Join the debate. Go there with some friends are argue about who’s got the best BBQ… my guess is that you’ll add R&R’s to your list. 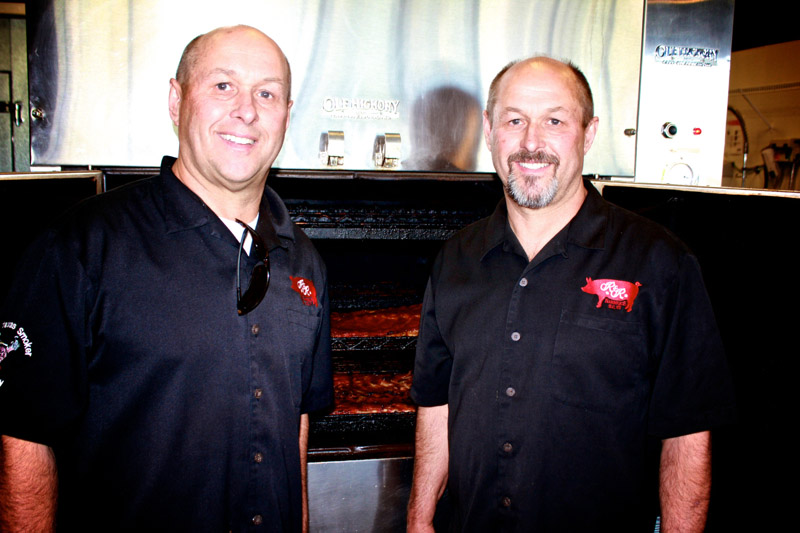 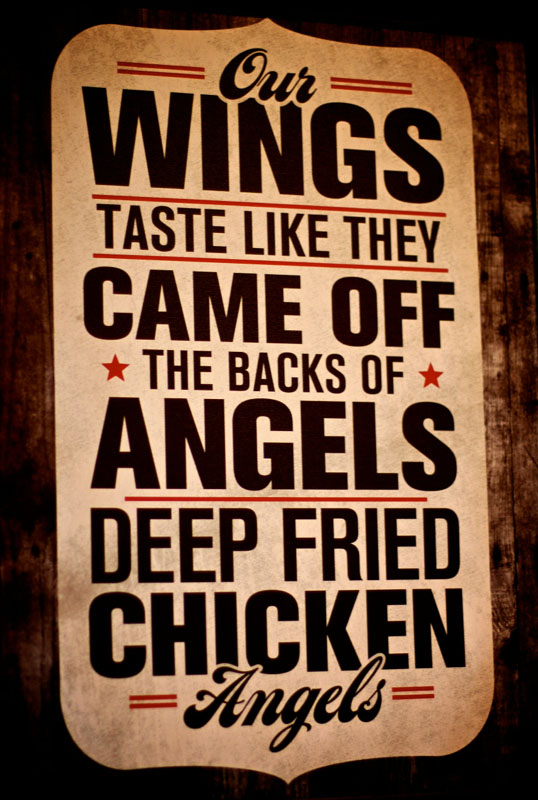