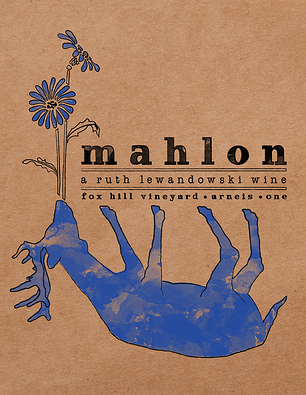 It’s a bit presumptuous of us to use the word “introducing” in the title of this event.  If you’ve eaten at Pago or lived in Salt Lake City, Alsace, Alto Adige, New Zealand, Australia, Argentina or Northern California in the last decade, you might have crossed paths with Evan.  This may not be an introduction to the winemaker Evan Lewandowski, but we’re fairly confident this will be your introduction to his wine-making operation in Utah, Ruth Lewandowski Wines.  This will be the first time anyone in the public will be able to taste Ruth Lewandowski Wines.

Evan has three wines coming out this year, and our event next Sunday launches his first – MAHLON, an Arneis with fruit sourced from Fox HIll Vineyards.  Next up he has a Cortese (Chilion) and a Carignan (Boaz).

But his name is Evan, so why is it called RUTH?
Utah makes winemaking terribly difficult, how did Evan do it here?
Where can I buy it?

Come to the event this Sunday to meet Evan, taste his Arneis (MAHLON) and hear the story of his winemaking past, present and future.  Utah offers nothing comparable to what Evan’s doing and the way he’s doing it.  Even if you’re not impressed with the his natural process, his wines are simply delicious and one day you’ll brag that your palate was the first canvas for his Utah-born masterpieces.

See some photos from Michael Friberg’s trip to Domaine Binner in Alsace of Evan.

Posted in
Local Food Events, The Sidecar
Add To