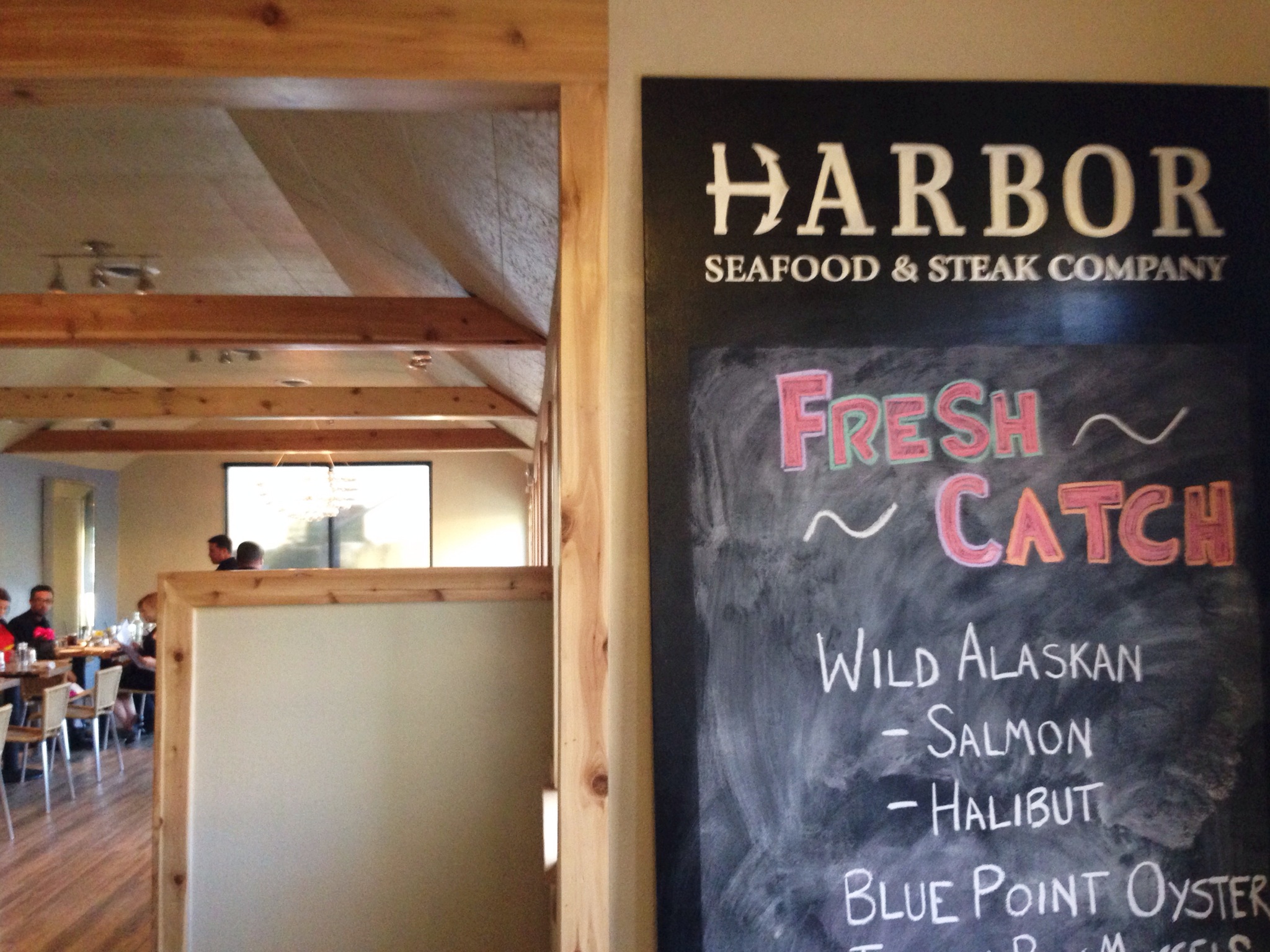 It was a nice surprise to hear that a restaurant had moved into the old Rino’s building in Sugarhouse but it was an even nicer surprise when we walked into a nicely remodeled dining room with a vine covered patio then had an exquisite surf and turf meal. 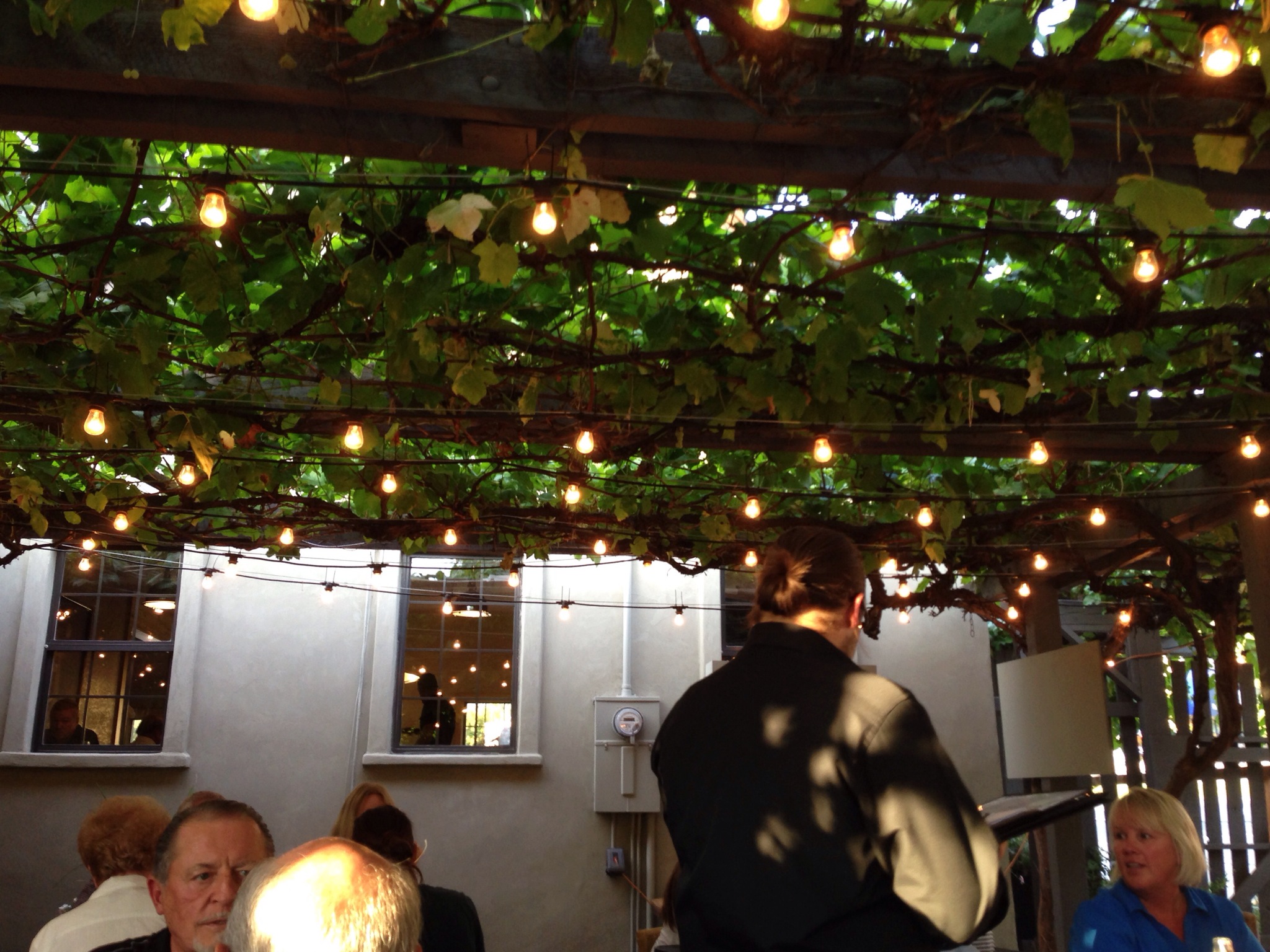 A long time Utah resident, Randall Curtis, loves the Sugarhouse neighborhood and had a desire to be a part of change in the city. He along with his partner Taylor Jacobsen, reinvented a long standing fixture of East Bench Sugarhouse, Rino’s Italian Restaurant. They transformed this favorited date night spot into a family friendly place to enjoy steak and seafood. And while Harbor is a place where kids are welcome, its definitely a place you’ll want to book for a special date night.

While Sugarhouse is moving more towards restaurant chains, this new establishment is sourcing locally and sometimes as local as the garden right behind their parking lot.  The quality in flavor could be tasted in many of our dishes. 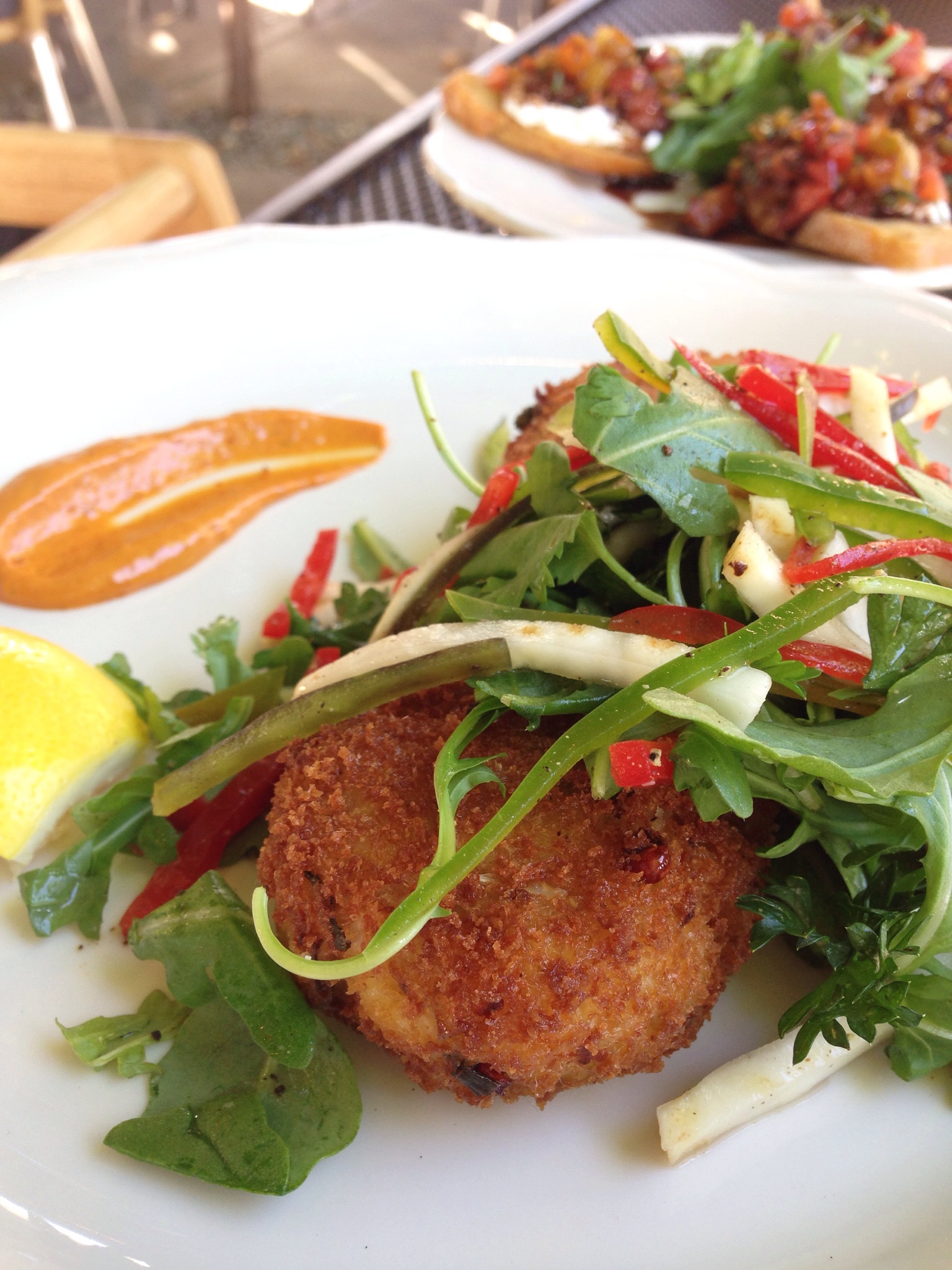 And for the dishes with seafood we quickly tasted the care of their seafood sources as well. The crab cakes were filled with generous whole pieces of crab so you could really see and taste the crab and the ahi tuna was so fresh it didn’t need much seasoning. 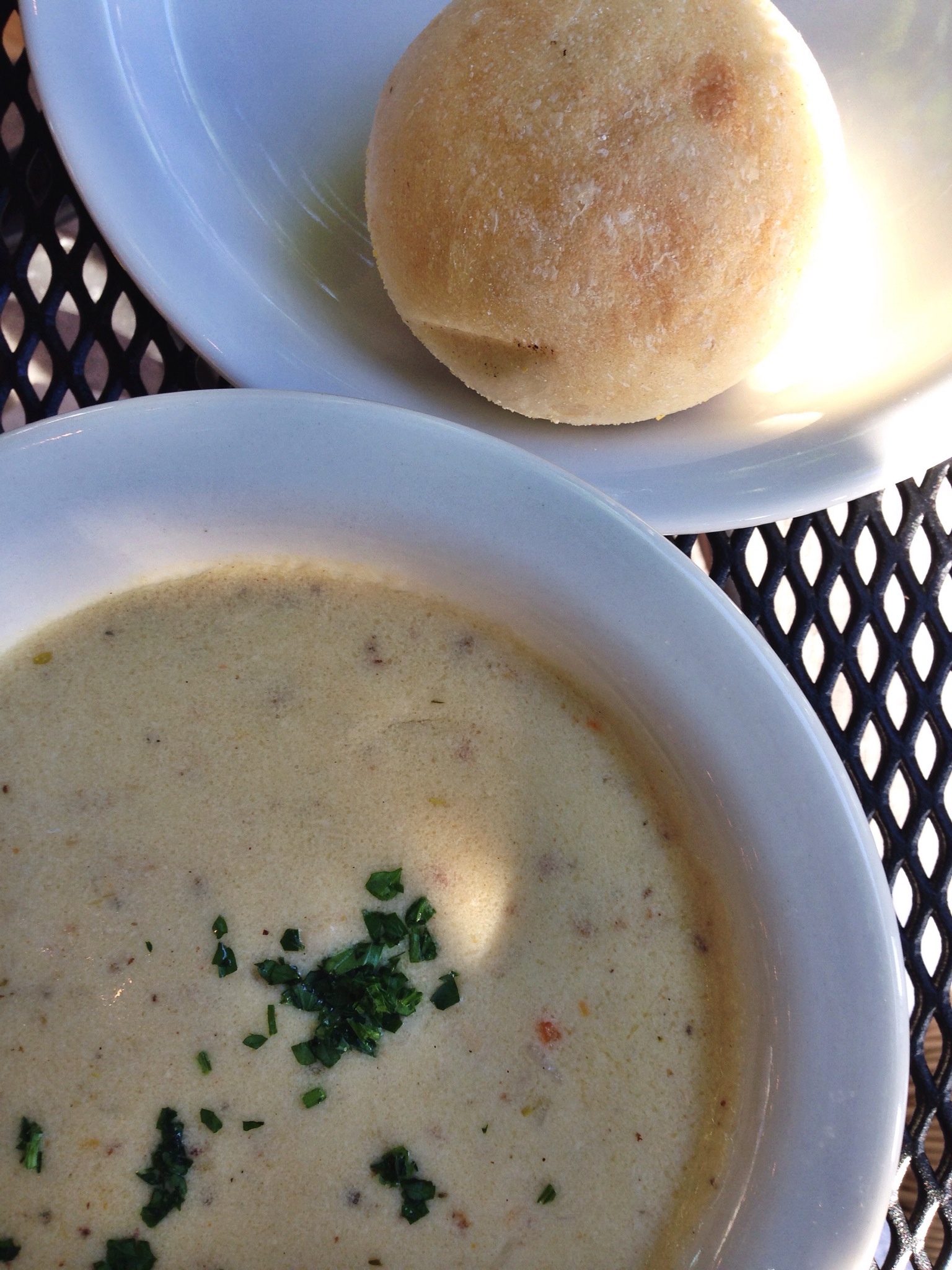 The clam chowder was soothing without being too rich and the entrees were perfectly balanced and portioned. My ahi tuna steak came with garlic mashed potatoes and spicy green beans and I must say that I enjoyed the crispy and flavorful beans as much as the tuna. And I love ahi tuna! Also, the Beef Short Ribs were accompanied by peas with bacon and mint, which almost stole the show, luckily the beef was amazing! 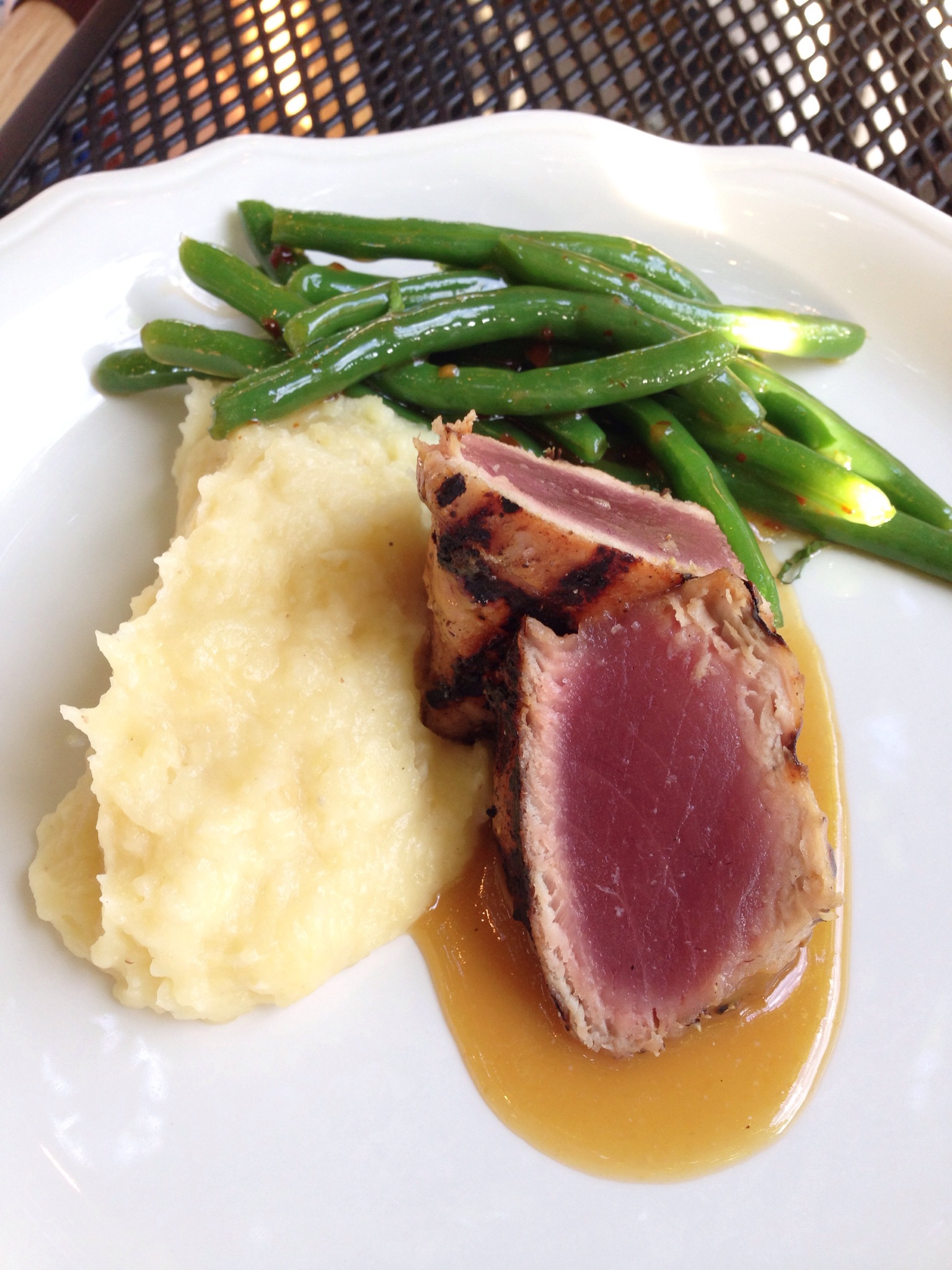 Desserts at Harbor are made by Frank Peissel of Frank’s. His cheesecake was so light and not overly sweet that if you would have told me it was a soufflé I would have believed you and after a perfectly filling meal it was an absolute delight! 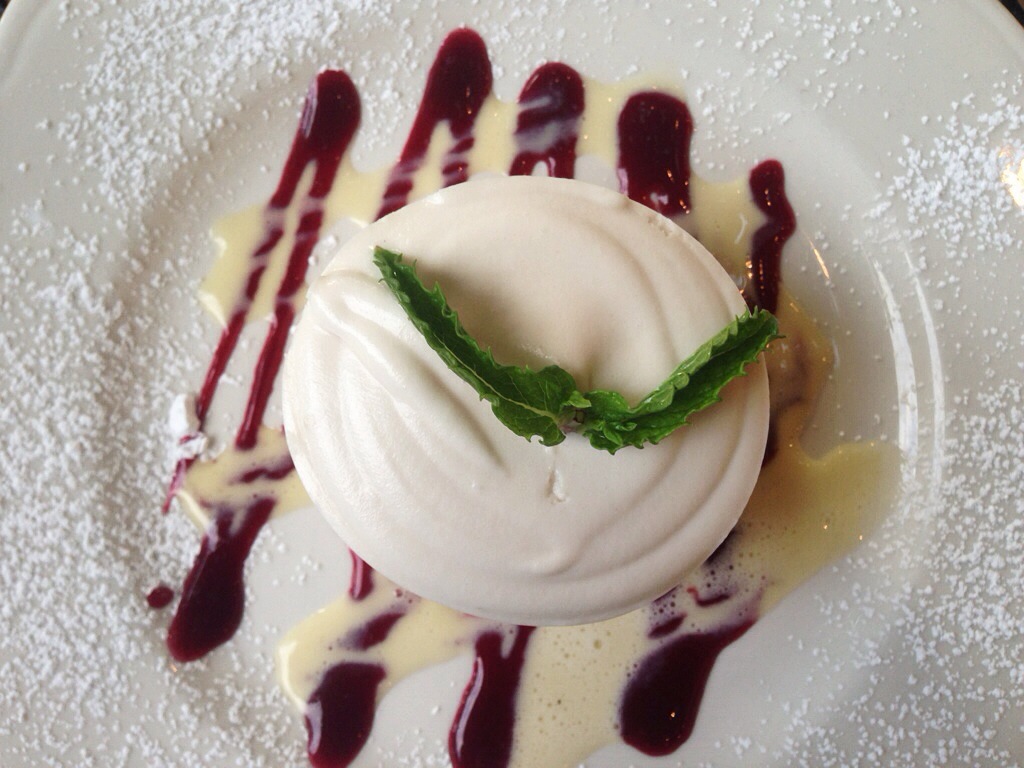 Those in the Sugarhouse neighborhood have already found out about Harbor, as it was packed the night we visited but for those of us more close to the city, Harbor Steak and Seafood is definitely worth making a date for. We think you’ll enjoy the nice surprise of good steak and seafood in Sugarhouse as much as we did!