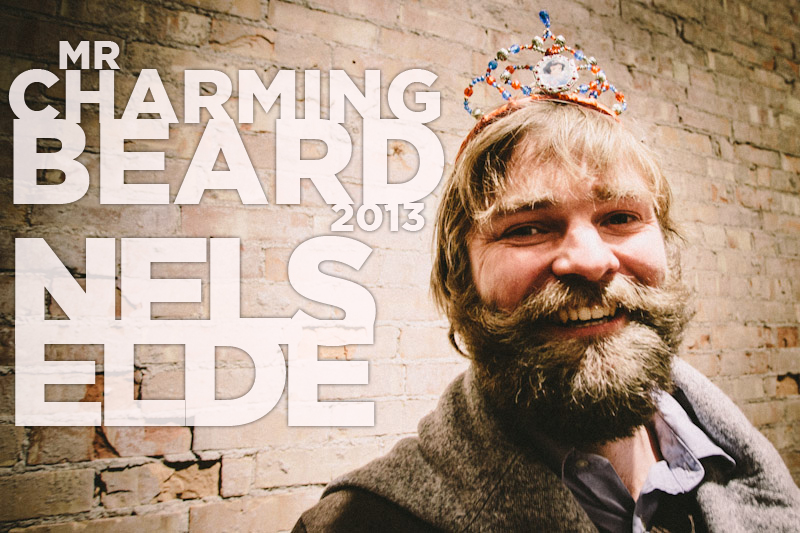 We made history on Saturday, Feb 2, 2013.  It wasn’t just Groundhog Day.  It was the day the first ever Mr Charming Beard was crowned.

Many fine beards were in attendance at our SLC Mixers event, Beards, Brats and Beards, so the challenge presented itself of choosing just one and after we heard speeches from the five finalist, the choice was clear.  Our winner was not only the most educated man in the room, but also the only Evolutionary Biologist to ever enter a beard competition (probably): Nels Elde. 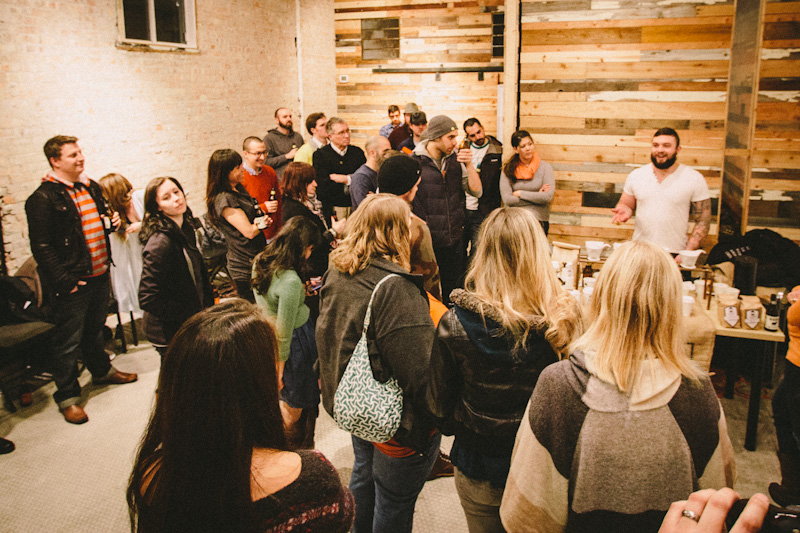 The night was a thousand laughs and quite educational.  Master Roaster Levi Rogers gave a little background on all the fine coffees folks enjoyed as they walked in – Uganda, Nicaragua and Costa Rica origins to be specific.

We also heard from Frody Volgger of Caputo’s Butcher Shop.  His story was so compelling that we’ll be dedicating a post just to him later this week. 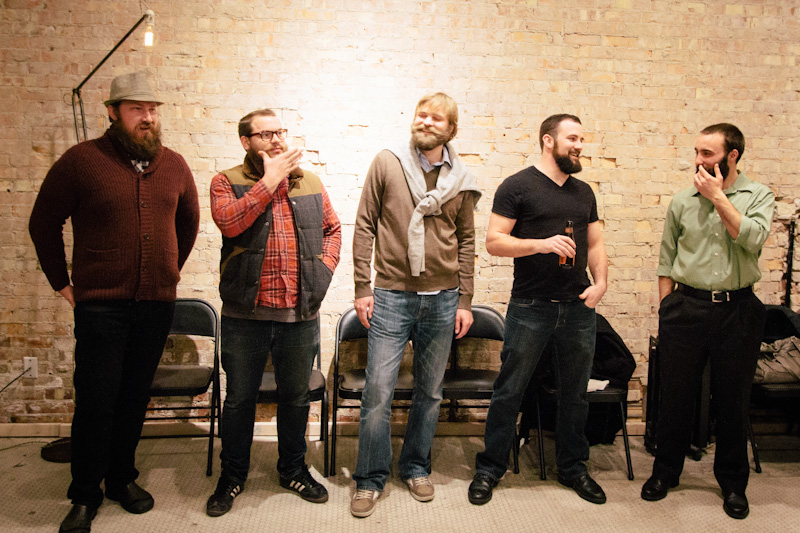 Also, thanks to Vertical Diner for the tasty house-made kraut.

If you see Nels Elde wondering the streets with his tiara on, likely he’ll be drinking coffee.  He won a ‘coffee of the month’ membership from Charming Beard as well as free coffee for a year from Java Dolce.  Not too shabby.

It was certainly a pleasure to introduce you all to Charming Beard Coffee if you didn’t already know about it.  Now, enjoy these beards, brats and beers. 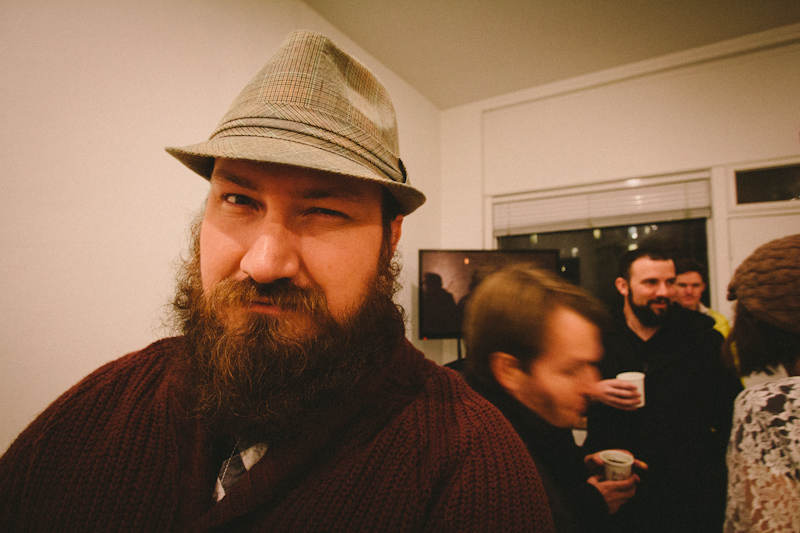 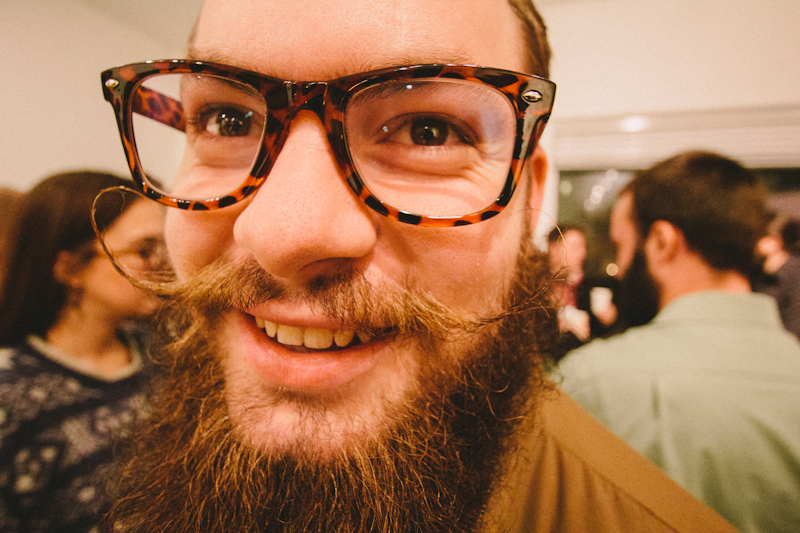 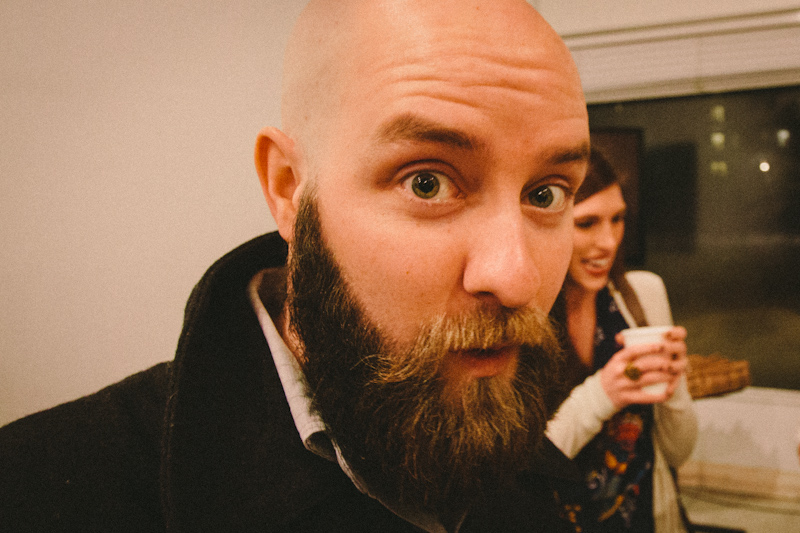 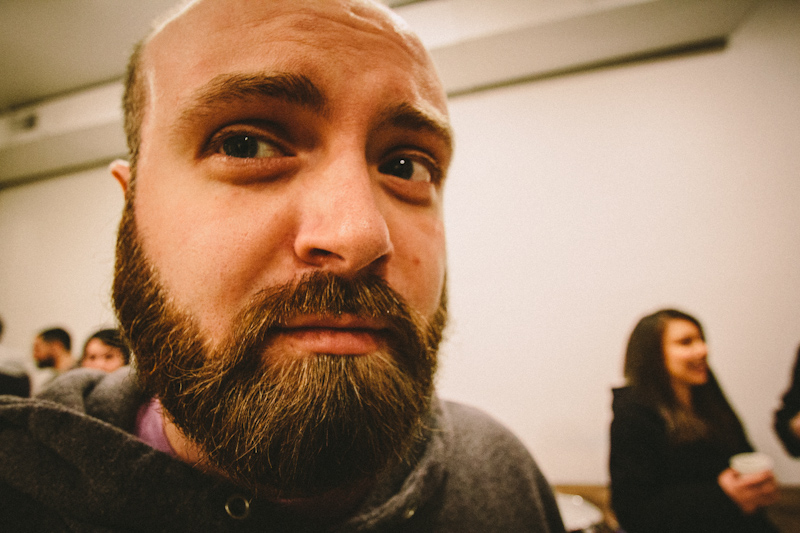 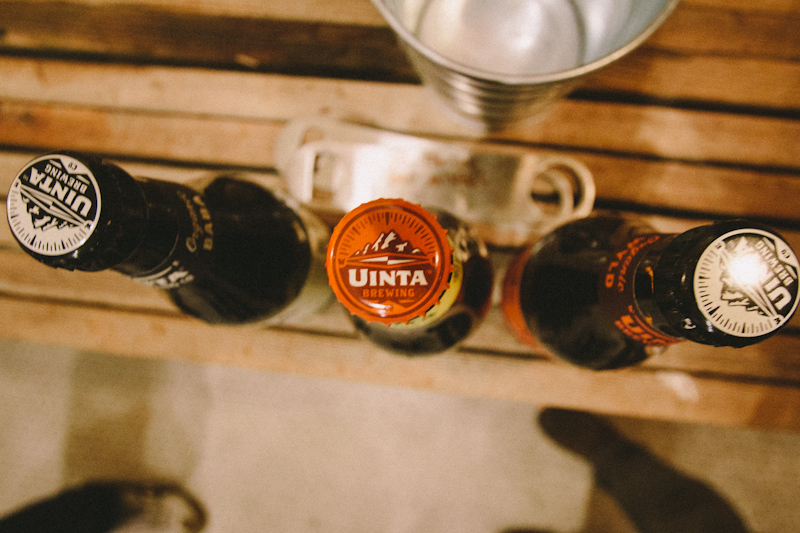 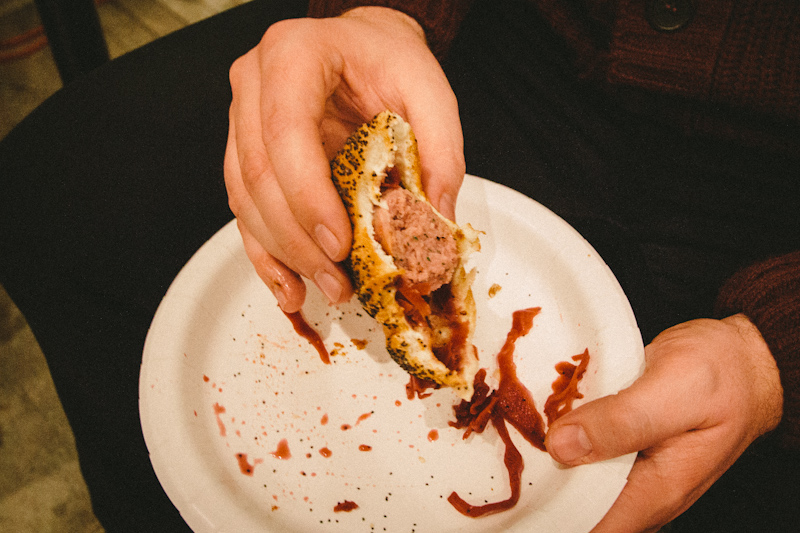 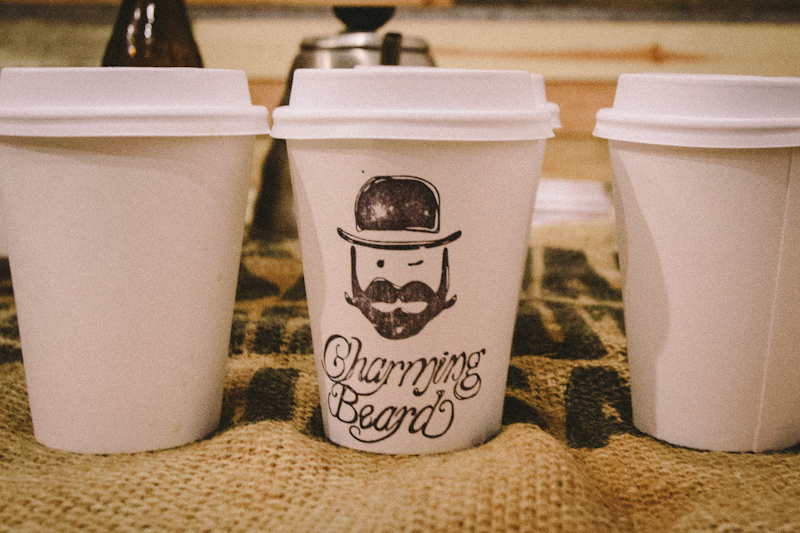